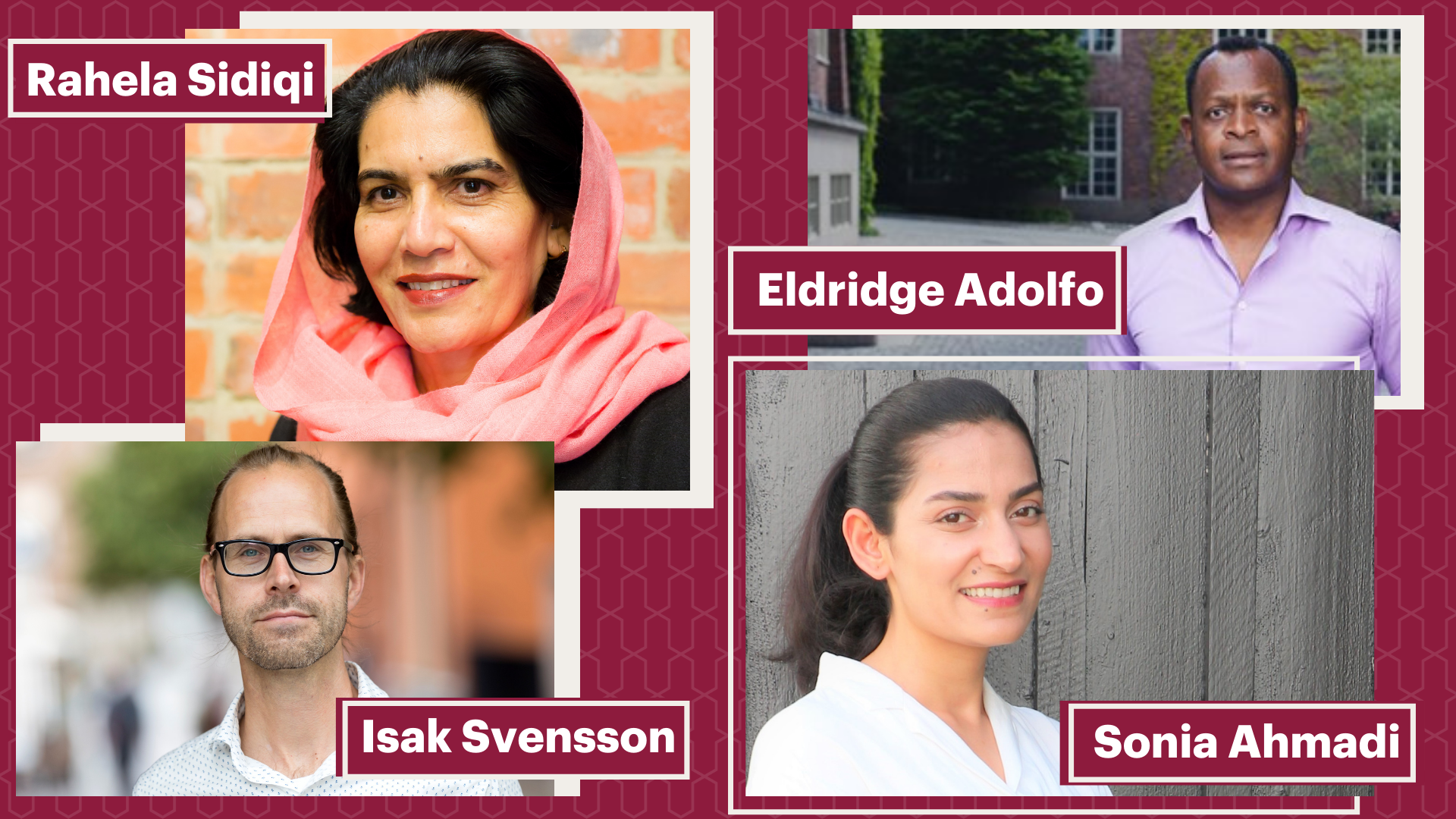 Peace talks between representatives of the government and the Taliban began in Doha in September. Four women have participated in the negotiations as part of the government delegation. Progress has been slow so far, but the panelists in the SCA webinar voiced cautious optimism about the process.

Sonia Ahmadi, research advisor at Norwegian University of Science and also an Afghan women’s rights activist, means that despite challenges faced by Afghan women, they have managed to play an important role in the process so far.

– Although women were deprived of their basic rights, such as the right to education and right to work, today we have resourceful women who are working shoulder to shoulder with their male counterparts, at the negotiation table, and women who are working to make the peace process more inclusive, such as female journalists, women human rights defenders, women civil society activists. They’re making a huge impact, she said.

Eldridge Adolfo, senior dialogue and peace mediation advisor at Folke Bernadotte Academy, cautioned that peace processes are slow-moving by nature and that expectations of a quick deal actually hamper negotiations.

– People want to have something done within two-three weeks. If we have that, it won’t last, it won’t be sustainable. You need to give the parties more time. They have real issues that need to be resolved, in conjunction with the people of Afghanistan. There must be mechanisms in place to help Afghan society participate in the negotiations, he said.

One such initiative that several of the panelists have been involved with is the Afghanistan Mechanism for Inclusive Peace, AMIP, which creates links between the population and the negotiation teams through consultations.

Isak Svensson, professor at the Department for Peace and Conflict Research at Uppsala University, stressed the need to address underlying tensions that give rise to conflict.

– Gender inequality is an important cause of armed conflict. In order for us to resolve conflicts in the long term we have to address gender issues and try to get a fundamental transformation. It’s not something that’s happening in days or weeks or even years, it may take generations. Patience is very important here, he said.

He also mentioned that research is starting to show that bringing civil society and women’s organizations in particular to the table in an active role can have a positive effect both on the chances of reaching a deal and the sustainability and quality of a potential deal.

Substantial gains have been made by Afghan women in the last two decades. As Rahela Sidiqi, founder of Farkhunda Trust, a charity supporting education for Afghan women, pointed out in the discussion, there are now thousands of female judges, police, army women, and private sector entrepreneurs in Afghanistan. But there is still a long way to go. An estimated 3,7 million children are out of school, at least 60 percent of them girls.

She added that the allies of Afghanistan should use their leverage to ensure women’s rights are safeguarded in the peace process, and that the parties should not rush to reach a deal.

– It’s so important that a just, fair and sustainable peace is put in place for the citizens of Afghanistan, and that women will not again be oppressed as in the 1990s. For that we need help from the international community.