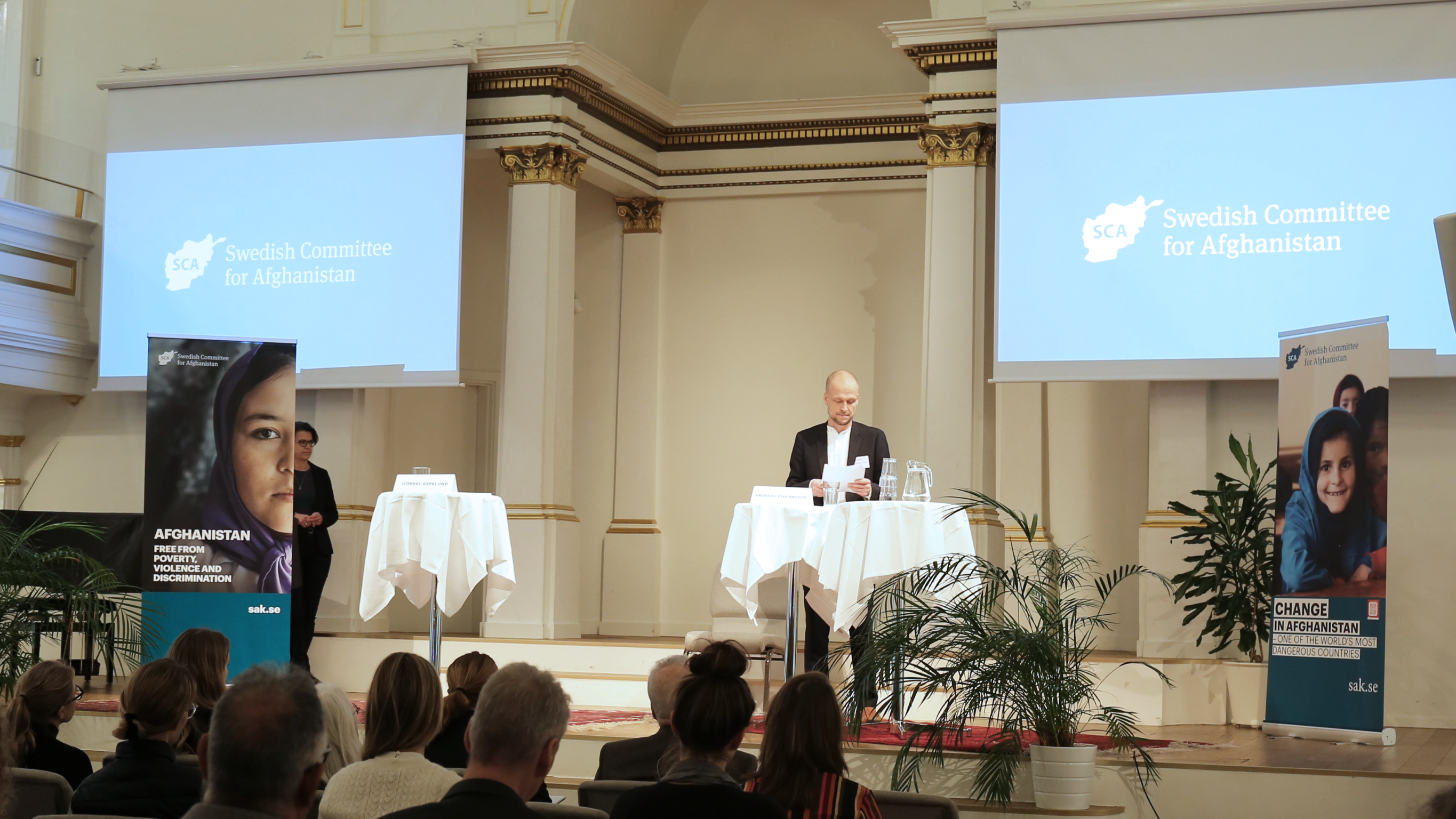 Listen to Andreas Stefansson, the Secretary General of the Swedish Committee for Afghanistan, give an introductory remark.

What can be concluded of the direction of the policies and their implementation of the Taliban regime after almost three months in power?

Listen to Kate Clark, Anders Fänge, Stephen Brooking and Andreas von Brandt discuss what can be concluded after three months of Taliban regime.

Listen to Per Olsson Fridh, the Swedish Minister for International Development Cooperation, give a keynote address.

How should the international community relate to and engage with the Taliban regime?

Listen to Ashley Jackson, Barnett Rubin and Tomas Niklasson discuss how the international community should act and engage with the Taliban regime.

Listen to Anna Ek, the Country Director Sweden of the Swedish Committee for Afghanistan, reflect on the morning sessions.

What are the conditions for continued support to women’s rights, and what may such action look like?

Listen to Jamila Afghani, Najwa Alimi and Aminulhaq Mayel discuss what issues are important now so that women’s rights do not disappear from the agenda.

How can the international community work together to support the Afghan people?

Listen to Ulrika Modéer, Carin Jämtin and Terje M Watterdal discuss the the critical lack of money and what international community can do to counter a state collapse.

Listen to Anders Fänge, Jamila Afghani and Andreas Stefansson give their closing remarks and reflections.

Find all parts of the conference here